Five Amazing Events In Australia You Should Not Miss


Australia Day marks the celebration of the anniversary of the arrival of the 1788 first fleet of british ships at Port Jackson, New South Wales and also the raising of the flag of Great Britain at Sydney Cove by Governor Arthur Phillip. In our current state today, it is said that Australia Day also celebrates the diversity of people in Australia. This is an event ina Australia that should be part of your bucket list because you will truly learn a lot from the country of Australia.

Moomba Festival is a labour weekend event that happens annually in Melbourne, Australia. Everyone from anywhere around the world can visit this free community event that is fun and enjoyable. There are also free activities and events for kids of all ages that is why if you are coming as a whole family then you are totally welcome. Moomba Festival is held along the banks of Melbourne’s Yarra River.

Woodfork Festival happens annually in Queensland, Australia from December to January. Woodfork is considered one of the biggest music and cultural festival in the beautiful country of Australia. About 125,000 people from different parts of the world gather in this wondrous event to witness the musicians and other cultural activities that are happening. If you wanna have a taste of Australia’s music and culture then Woodfork Festival is the event you should not miss!

Big Day out is also one of the biggest music festivals in Australia. It is usually held in major cities of Australia including: Gold Coast, Melbourne, Sydney, Perth and also Auckland in New Zealand. Big Day Out annually invites some of the biggest names in the music industry like Kanye West, Nirvana, Blink 182, Red Hot Chili Peppers, Neil Young, Foo Fighters, Metallica, Muse and many more. Music lovers will surely love this wonderful festival!

AFL Grand Final is the biggest football competition in Australia. This 2017 will be its 121st anniversary that is why everyone are excited to witness this annual sports event. AFL Grand Final happens during September of the year in Australia. This year, there will be 18 competing teams in the league of football. Tickets can be bought outside the venue so if you love sports then this event should be part of your bucket list.

Australia is really filled not just with great tourist spots but also events and activities that will make you happy and fulfilled. If you happen to go to Australia then you should definitely go to at least one or two events listed above depending on your schedule of vacation.

Mark Aldrin Hipolito is a writer for Kims, one of Australia’s perfect beach retreat places that offers a cluster of deluxe timber bungalows and spa villas on the beach. Mark also gives out guides and tips for people regarding on how the can enjoy their vacation and trips around the world

https://allblogroll.com/five-amazing-events-in-australia/https://allblogroll.com/wp-content/uploads/2017/03/foto_1.pnghttps://allblogroll.com/wp-content/uploads/2017/03/foto_1-150x150.png2017-03-22T10:45:56+00:00Anatoliy SimeonovTravelEvents,TravelAustralia is a country full of life and smiles related to amazing events in Australia. Australia is located at the lower part of the globe map and it is considered as the world’s sixth largest country. It has a great culture and tradition and there are a lot of...Anatoliy SimeonovAnatoliySimeonovanatoliy.simeonov@gmail.comAdministratorAll blogroll - The informative website 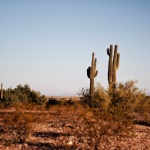 Explore the unknown side of Texas 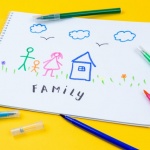 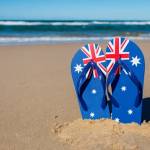