The Power of Aloe Vera 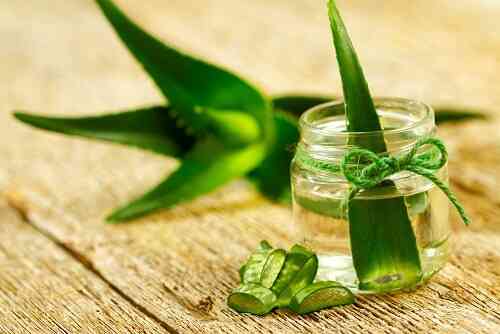 There are many varieties of Aloe Vera approximately 350 but around 4 of them have significant healing properties. One of Aloe Vera plants which include the most nutrients is known as Aloe Vera Barbaensis miller. The power of Aloe Vera is basically a mixture of many elements which have healing and health benefits. These components include vitamins, minerals, enzymes, amino acids, saponins, and polysaccharides. Aloe Vera is also known as lily of the desert because it belongs to a member of liliacae family which is almost the same family as garlic, onion and asparagus.

The naturally grows in the deserts. It may not be considered as the most attractive plant however it has been used widely around the world for its medicinal purposes for almost 4,000 years. The earliest pharmaceutical use of this plant recorded back to 2100 BC in Babylon. The Egyptians have been using this plant since 4100 BC. It is also assumed that Egyptian Princess Queen Cleopatra who is known for her beauty used Aloe Vera to stay healthy and beautiful. Aloe Vera still holds popularity among masses due to the same reasons which were valued throughout ages.

Aloe Vera plant usually grows in harsh and dry climates which also indicate that it has to protect itself from the damage and water loss. This causes a plant to make the compounds, the benefits of which you enjoy when you use Aloe Vera.

Here are some of the benefits of the power of Aloe Vera:

Keep you younger and fight wrinkles:

For many centuries and now researches have also found out that the power of Aloe Vera can stimulate cell growth. Research also indicated that Aloe Vera can really help you feeling younger and fighting ageing. It helps to fight wrinkles and lining on your skin which comes with age. It also contains fibroblast cells which are responsible for the production of collagen, it is a protein which adds structure and support to the skin.

The power of Aloe Vera greatly helps the whole blood circulatory system. It lowers LDL which is bad cholesterol and improves HDL which is good cholesterol. Several studies have shown that when Aloe Vera is included in the diet, symptoms of the coronary artery disease have been significantly reduced and almost disappeared. It has been experimented that Aloe Vera’s insertion in the diet improves the blood circulation and eliminates the chances of coronary artery disease and angina pectoris.

Intestinal dysfunctions are usually responsible for poor digestion system. Some of the diseases related to digestion include IBD or inflammatory bowel disease which can be eased by oral Aloe Vera supplement.

An oral Aloe Vera supplement or Aloe Vera gel provides support of healing wounds and helps your body to repair itself on the continuing basis. Whether you are suffering from a small wound like cut or having a specific medical problem.

The problem of Asthma is prevailing in people all around the world. On average


one in four people suffer from this and it is present in almost all age groups. Asthma symptoms may include wheezing, excessive coughing or overproduction of mucus. These symptoms are usually the result of muscular over activity which causes inflammation. It gets triggered by allergies, stress and emotions. Mostly people get warning signs that attack is coming and they can treat it within time.

These are some of the powerful remedies of Aloe Vera which is quite amazing plant having health benefits for all human beings. It has healing properties which can be quite effective in dealing with several skin diseases 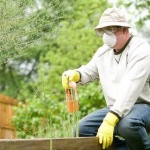