Luxembourg – a country located in the Western part of Europe. Although it’s one of the smallest European countries


its population is constantly growing. As a developed country, with a strong economic basis, Luxembourg is an attractive destination for people from all over the world. But, it’s not only its stable economic situation that makes it popular on the large scale. Luxembourg is claimed to be among the most livable places on the globe. People there put a lot of effort into protecting the environment and producing organic goods. However, that’s not all. Let us present to you 5 interesting facts about Luxembourg that will make you love this country even more.

1. It’s not always about money, but it’s good to have it

When you say the phrase the second-richest country in the world, it really sounds great. However, when we talk about Luxembourg it’s not just a phrase, it’s the reality. The income market economy in this country is stable. People live by high standards. Although the living costs are pretty high, it should not be a huge problem, if you know that minimum wage there is almost €2,000 per month. €1,923 to be precise.

What’s more, if you are making a moving strategy, and you are looking for a perfect place where the job market sounds promising, Luxemburg is your place in the sun. The unemployment rate in this country is extremely low. Some researches say its the lowest in the whole of Europe. And although the 2008 financial crisis had some impact on this country, its reputation didn’t change.

2. Your business will flourish there – one of the 5 interesting facts about Luxembourg

If you want to expand your business outside the USA boundaries and you are leaving the States for good, there might be no better place for trying your luck than in Luxembourg. Apart from being the world’s leading financial center, it has this major role in the business world, as well.

Luxembourg’s corporate tax laws attract business people from different parts of the world. Some of the leading high-tech and internet companies decided to establish in Luxembourg. It became widely known for its low taxes, and it is sometimes referred to as the world’s second safest tax heaven.

3. What is your first language? – Well, people in Luxembourg have three of them

Although you know that English is Lingua Franca, when you are about to visit a country, knowing at least several phrases in that country’s official language is pretty useful. And, if you are about to take a tour around Europe, you are going to meet numerous great languages. In Luxembourg, for example, you’ll have a wide range of options. The residents of this country have three official languages.

In their everyday conversations, they usually use Luxembourgish, and that’s the one they learn first. Later on, they start learning German, and then finally meet the grammar and the syntax of the French language in secondary school. This linguistic diversity is a pretty interesting thing and is probably the result of the intertwining relationships Luxembourg has with its neighbors. And, although they consider Luxembourgish their mother tongue, or their national language when it comes to administrative purposes, people prefer to use German or French.

4. The favorite destination of European ex-pats

Luxembourg can brag with the greatest number of immigrants coming from all the other European countries. In fact, one of the most interesting facts about Luxembourg is that almost half of the total number of its residents are foreigners. And, if you decide to visit Luxembourg, you will get a chance to meet people of more than 170 different nationalities. The Italians, Belgians, French, German, Portuguese- all of them constitute one pretty large group of foreign immigrants, with the Portuguese being the most numerous ones. And the number of these newcomers is still increasing even nowadays. That’s why international moving services, such as those available on movingtransparent.com, are always the most wanted ones.

5. It’s the only Grand Duchy that exists

The political system in Luxembourg is defined as democracy. However, the executive power belongs to a grand duke or duchess. The current duke, Prince Henry rules Luxembourg since 2000, when he assumed the throne. So, if you decide to invest your relocation budget into settling down in this country, you will have a fantastic opportunity to experience life in a traditional political system.

There is an interesting story associated with the country’s national day. Over the years, the birthday of Grand Duchess Charlotte, who reigned Luxembourg from 1919 until 1964 was the country’s national holiday. However, since her birthday was on 23rd January, back in 1962 the nation decided to change the date and move it to 23rd June. They did that due to the better weather conditions in the summer. Nowadays they celebrate it with numerous festivals, music, and fireworks all over the country.

Luxembourg – a sovereign European country, surrounded by Germany, France, and Belgium. Small by the size of its territory, but big in terms of culture, economy, and living standards. A country with a long history, and strong tradition, that resisted time and most of the modern-world changes, being the only existing Grand Duchy in the whole world. It takes time to become developed and strong, and Luxembourg managed it.

Although here we’ve mentioned only 5 interesting facts about Luxembourg, there are many other things that make this country one of the most desirable places in the whole of Europe, and maybe even beyond it. And if you are still in search of the county that should become your new home, this article may help you make up your mind


https://allblogroll.com/5-interesting-facts-about-luxembourg/https://allblogroll.com/wp-content/uploads/2021/11/5-interesting-facts-about-Luxembourg.jpghttps://allblogroll.com/wp-content/uploads/2021/11/5-interesting-facts-about-Luxembourg-150x150.jpg2021-11-17T22:22:22+00:00Betty WhiteTraveladaptation after relocation,best places to liveLuxembourg - a country located in the Western part of Europe. Although it's one of the smallest European countries, its population is constantly growing. As a developed country, with a strong economic basis, Luxembourg is an attractive destination for people from all over the world. But, it's not only...Betty WhiteBetty Whitebetty@movingofficessandiego.comAuthorAll blogroll - The informative website 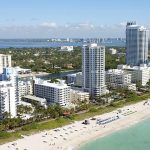 6 reasons why Miami is so popular among young homebuyers 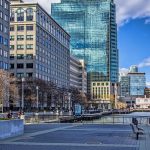 6 things you should know about Maplewood NJ 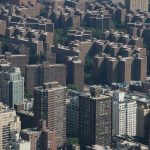 How to find an affordable rental in Bronx