You’re about to see how Elliot used my Ride to 75 technique to help him lose two pant sizes in just 12 weeks. And then I’ll walk you through exactly how he did it, so you can potentially get similar or better results. To learn more keep reading.

When Elliot first approached me about cycling I could tell he was interested in the sport but didn’t know where to start. We had been acquittances for some time as he worked at a local coffee shop that I frequent. He had just purchased his first road bike and was concerned he would have to put 20 hrs a week in to see results.

He had 36 inch waist at 5’9” and weighted in at 195 lbs. He felt with his busy schedule he wouldn’t have enough time to devote to riding to help him get the weight off. That’s where I broke down the Ride to 75 concept for him.

The first step: To determine what Elliot’s Ride to 75 heart would be. We used a simple formula to determine this number. 220 – Elliot’s age (28) = 192 Elliot’s maximum heart rate.

Then by multiplying 192 x 75% gives us Elliot’s Ride to 75 heart rate of 144. It was important for Elliot to use a heart rate monitor so that he can more accurately measure his level of exertion on each ride. Now he had a goal for each ride, to ride to an average heart rate of 144 bpm. We want the average of the ride to be 75% of his max. There are going to be times on Elliot’s ride he may be above or below this number but his average level of exertion should be about 75% or 144bpm.

This accomplishes 2 goals
1) Pushes Elliot to towards the upper limits of his aerobic threshold. When our bodies are using the aerobic system we are able to use fat as one the primary fuel sources. If we push above this for our average exertion rate we rely more heavily on our ATP/CP system and the use of fat greatly decreases.

2) Elliot maximize the effects of EPOC. EPOC (excess post exercise oxygen consumption) is the affect of our bodies returning to a state of homeostasis after a bout of physical activity. Research has shown that the primary fuel source used by the body during EPOC is fat.

Therefor my goal for Elliot was to burn as much fat as possible on and off the bike. By focusing on his Ride to 75 heart rate we were setting ourselves up for the best opportunity for success.

Elliot’s next goal was ride for a minimum of 75 minutes per week. Thats right


only 1 hour and 15 mins per week. If he could ride more, excellent, but we were shooting for a minimum of 75 mins per week. Research has shown that in order for a person to see all the health benefits associated with exercise they need a minimum of 75 mins per week at a moderate intensity. This research is supported by numerous studies including the American Heart Association, the World Health Organization and leading obesity research scientists like Dr. Yoni Freedhoff.

Furthermore, research has indicated that performing more that 75 mins per week did not create an increase in the health benefits associated with exercise. While fitness levels will greatly increase with more exercise, general health benefits do not. In some cases excessive exercising may increase health risks! Ever wonder why the Tour De France riders are so concerned with getting sick they wont shake hands with reporters? Their body fat levels are so low this puts them at an increased risk of infection.

As diet & exercise research scientist Dr. Michelle Segar indicates; so many of us are conditioned into thinking that we need to exercise for at least an hour at a time saturated in sweat in order for the exercise to be affective. But this is not the case. Research shows that exercise’s benefits are accumulative not consecutive. Therefor Elliot just needs to accumulate 75 mins per week.

During Elliot’s Ride to 75 training he would squeeze in 10 mins here and 10 mins there always working up to 75 mins a week. However, he found that as he rode more and began to build his base fitness the more he enjoyed being on his bike.This led him to find ways to adjust his schedule to fit in longer rides. He started getting up earlier to be able to ride for 30- 45 mins at a time. By the end of his 12 weeks some days he was riding for an hour and a half and was averaging 3.5 hrs a week. More than double the requirement. Step 3: Cut one food from his diet that would eliminate at least 7.5% of his calories
Research shows us that diets don’t work. Elliot didn’t believe me, so I asked him to do a little research on the hit TV show The biggest Loser to see how the contestants faired after the show had ended. What did he find…. well most of them have put all if not a little more weight back on then where they started. Simply put diets don’t work; so we were not about to put Elliot on a diet.

However, as the old bodybuilding adage goes, “Abs are made in the kitchen not in the gym”. Therefor we needed to find a way that Elliot could easily lower his calorie consumption without shocking his system into thinking he was dieting. Resulting in a lot of the stress induced side affects of dieting.

Our goal was to find one item that we could eliminate or reduce to cut 7.5% of his overall calories from his diet. With Elliot it was simple; he is a soda lover and soda contains a lot of empty calories. Now we didn’t want to cut an item from his diet that he truly enjoyed as that would be considered dieting. So we looked to ways that we could reduce his intake of soda while allowing him to still enjoy a soda without it affecting his overall weight.

Our goal was to cut his drinking down to just a single soda a day. We shifted his soda consumption to just before he was about to go for a ride. Then Elliot would be using the sugar in the soda to fuel his ride and help him burn fat. If you would like more science on why you should always eat before you ride see my article “Fasted Cardio Myth Debunked”. So this seemed like a perfect adjustment. Elliot could still enjoy his soda while working towards his weight and fitness goals. This simple adjustment would cut his calorie intake by 33%; allowing for some flexibility to maintain our 7.5% goal. 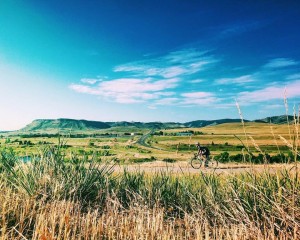 One of the first concepts they will teach you in a USA cycling coaching program are the basics of training.

We already knew we would be overloading Elliot’s system with an ample amount of time for recovery; as he was going to shoot for the minimum 75 mins per week and we wouldn’t be to concerned with overtraining. We were specifying his training to maximize fat loss and most importantly KEEP IT FUN. We individualized his training by focusing on Ride to 75 when it would work with his busy schedule and by finding an easy way to reduce his calorie intake by 7.5%. Next we needed a way to measure his progress.

At the start of the 12 weeks I had Elliot pick on of his favorite routes to use as a base line test. He told me that there was a local greenbelt that he liked to ride and it contained a 5 mile loop that would. We had Elliot go out and time the how long it took him to finish the loop. It took him on average 56 mins to finish the 5 mile loop. This provided us with a physical bench mark to measure against his fitness progress. We also included his pant size and weight as an easy indicator of his weight loss goals. Therefor we were are creating a systematic approach around his personal goals of  fest weight loss while allowing him to see the progression of his fitness level.

At the end of the 12 weeks of focusing on his Ride to 75 Elliot went from a 36 inch waist down to a 32 and dropped 20 lbs. He even cut his ride time around his 5 mile loop by 11mins! The most important part of all, Elliot didn’t feel like he was working out. He was maximizing his time on the bike (to burn fat) and enjoying every minute of it. It was the enjoyment aspect that lead to him desire more and more time on the bike. He didn’t feel like he was working out. Ride to 75 is simple; we take a scientific approach to training to empower the every day cyclist.

A key component of fitness is diet & nutrition. Ride to 75 just touches the tip of the iceberg when it comes to understanding nutrition. If you would like to understand why you should never diet again and instead focus on building a food relationship. Then sign up here to receive my exclusive 3 part series on “Building your Food Relationship”. 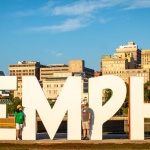 Outdoor activities to try in Memphis