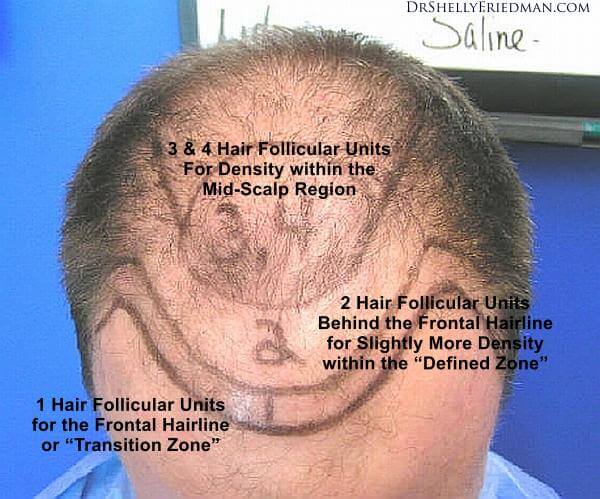 Is Your Hairline Receding?

When it comes to hair loss in men, 95 percent of it is caused by androgenetic alopecia, or normal male pattern hair loss. Androgen’s are male hormones produced in the testes and are responsible for male characteristics. When this testosterone combines with an enzyme called Alpha 5 reductase


dihydrotestosterone (DHT) is produced. Scientific research has proven that DHT slowly attacks hair follicles, shrinking the diameter and base until they fall out completely, never to return again.

Male pattern hair loss usually begins around the temple regions. Once strong, thick hairs begin to shrink to very fine, vellous-like hairs. The hairline across the temples and perhaps the front begin to recede and create a widow’s peak. See illustration. Left untreated, the widow’s peak or hairline will recede further.

Although most researchers agree that family history (heriditary) does play a role in male pattern hair loss, there is some disagreement and confusion on whether it’s inherited from the mother’s or the father’s side of the family.

According to one recent 2005 study conducted in Germany, heriditary hair loss was narrowed down “…to a series of areas on various chromosomes. In an area where the largest contribution was suspected lay the gene for the androgen receptor. “

The study goes on to point out that the gene for the androgen receptor lays with the X chromosome, which men inherit from their mothers. Therefore, a man’s hairline might tend to take on the characteristics of his maternal grandfather. However, the study is quick to point out that the hereditary genes of male pattern hair loss are not that simple and clear cut with only one usual suspect (gene).

“We have indications that other genes are involved which are independent of the parents’ sex,” Prof. Nöthen stresses.. The hereditary defect can therefore sometimes also be passed on directly from father to son.

As the debate and research continues for a genetic trail continues, men are left to deal with their fading youth and searching for receding hairlines treatment options.

According to many hair transplant doctors we’ve spoken to, the majority of male patients they treat are looking to turn back the clock on their receding hairlines.

“The first thing you see when looking at a person is their frontal hairline,” said Dr. Shelly Friedman. “When the hairline is receding, it makes you look older.” Dr. Friedman is a double board certified dermatologist and hair restoration surgeon with 30 years experience.

Dr. Friedman reports that by establishing a new hairline with 1 and 2 follicular unit hair grafts, they can make many of his patients look younger again with a natural looking hair transplant.

“That’s what shows a youthful appearance,” he said. “Establishing a new hairline gives them the ability to look younger and takes 5 to 10 years off their appearance.”

“By staggering those 1 hair follicular units,” he explained, “we can give patients a new hairline that is natural looking and undetectable.”

For a long time, minoxidil was thought to be ineffective for frontal hair loss but recent studies have shown they actually are effective in treating FRONTAL hair loss.

According to a 2003 Dermatology Times article examining a study of minoxidil, 1 in 5 men saw improvement in hair growth the frontal region.

According to the official Propecia website: “There is not sufficient evidence that PROPECIA works for receding hairlines treatment at the temples.“

When it comes to how to stop and reverse a receding hairline, most experts agree that a finasteride user’s main goal should be to maintain his hair count, ie: to not lose any additional hair. Finasteride has proven to be most effective in this regard. If any new hair growth is achieved, it should be viewed as a bonus to one’s hair loss treatment.

Both minoxidil and finasteride require a lifetime committment if new hair growth or stopped hair loss is to be maintained. If you stop using either product, any new hair growth will eventually be lost over 3 to 6 months. The manufacturers of both products do not recommend using both at the same time.

One of the most important points about keeping the hair that one has involves taking care of the DHT that is in the scalp. DHT is a male hormone that is often a critical part of what causes a hairline to recede in size. It is a difficult issue that has to be controlled well enough. This has to be used right to see that hair will have a decent chance of being able to grow well enough.

The DHT that is produced in the body can keep natural hair regrowth from working as well as it should be. DHT will prevent the papilla from being able to receive the nutrients that they need in order to support the ways how hair can grow.

A medication like finasteride may be used to help with keeping the growth of hair under control. This may work well to ensure that the DHT in the scalp is going to be blocked so it will not be likely to produce hair loss.

There is a real need for anti hair loss plans to make sure that DHT is controlled well enough in order to keep one’s hairline from being harder to handle than what it might be like. An appropriate plan must be used to secure the follicles so it will be safe without any issues coming out of it


https://allblogroll.com/receding-hairlines-treatment-options/https://allblogroll.com/wp-content/uploads/2017/02/Receding-Hairline-Treatment.jpghttps://allblogroll.com/wp-content/uploads/2017/02/Receding-Hairline-Treatment-150x150.jpg2018-12-29T03:56:53+00:00Anatoliy SimeonovHealthHair loss,Hair transplantIs Your Hairline Receding? When it comes to hair loss in men, 95 percent of it is caused by androgenetic alopecia, or normal male pattern hair loss. Androgen's are male hormones produced in the testes and are responsible for male characteristics. When this testosterone combines with an enzyme called Alpha...Anatoliy SimeonovAnatoliy Simeonovanatoliy.simeonov@gmail.comAdministratorAll blogroll - The informative website 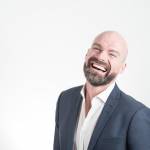 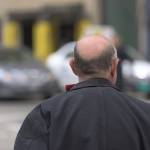 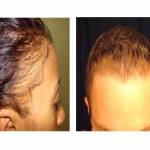